ONE YEAR AFTER BRUTAL MURDER, WE ASK: WHO KILLED OMOMEEWA? 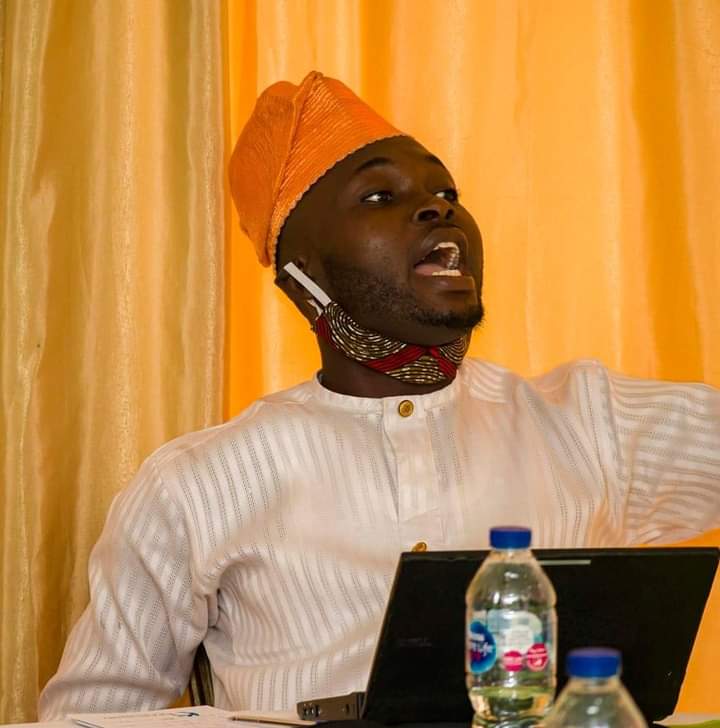 ONE YEAR AFTER BRUTAL MURDER, WE ASK: WHO KILLED OMOMEEWA?

A CRY FOR JUSTICE

Thursday 18 August 2022 makes it exactly one year that Comrade Nurudeen Alowonle, a.k.a Omomeewa, was brutally murdered. Until his unfortunate death, comrade Omomeewa was a leading student activist at the Lagos State University (LASU) and the Lagos State coordinator of the Education Rights Campaign (ERC) – a platform formed by Democratic Socialist Movement (DSM) to campaign for adequate funding and democratic management of public education as well as defence of democratic rights in the education sector.

We have every reason to believe Omomeewa was murdered for his role as a fearless and committed student leader especially given the fact that he had been under victimization at the hands of the LASU authorities and was, in fact, invited to campus on the very day he was killed to appear before a disciplinary panel which had been trying him since 2019 over false allegations of admission racketeering.

We hereby use the occasion of the first anniversary of his death to once again cry out for justice. We call on the Inspector General of Police (IGP), Baba Alkali, to do everything possible to ensure that Omomeewa’s killers are found. This is the best way to bring succor to his wife and son as well as his aged parent. This is aside the fact that LASU students and activists in particular will continue to feel unsafe so far Omomeewa’s murder remains unresolved.

Unfortunately, our experience with the police so far in our quest for justice has further revealed the absolute rottenness and bankruptcy of Nigeria’s capitalist state in general and the Nigerian Police in particular. Once we buried Omomeewa on Friday 10 September 2021, the police practically stopped pretending to do anything concerning the investigation. In fact their conduct and body language afterwards left us with no doubt that as far as the police were concerned, Omomeewa’s case is simply an addition to the long list of unresolved murder in Nigeria.

But the little police did before the burial was not free of charge. Every little thing that had to be done concerning the investigation was monetized with the victim’s family, comrades and friends asked to pay sundry fees. Not only did the Lagos police collect money to follow the corpse from IDH Yaba to LASUTH Ikeja for autopsy, the victim’s family also had to cough out a hefty sum to mobilize the police to visit the crime scene. This was several days after the murder when every possible piece of evidence that could assist the investigation would have been compromised, something which further shows the nonchalance of the police towards the case.

To make matters worse, the victim’s family was asked by the police to pay a large sum of money for tracking the deceased phone which was not found at the crime scene and could have helped to locate the identity or whereabouts of the killers. It appears that it was the inability of the family to make available this sum of money that made the police to hands off the investigation altogether.

Late comrade Yusuf Nurudeen Alowonle, aka Omomeewa, was a committed student activist in LASU who in the course of the defense of the right of students and solidarity with staff unions attracted the enmity and hostility of the immediate past Vice Chancellor of the University, Prof Fagbohun. Tyranny was the rule under the tenure of Prof Fagbohun as Vice Chancellor of LASU. Rather than listen to dissent opinion, Prof. Fagbohun preferred to pulverize anyone who stood against his policies which were mostly anti-worker and anti-student. To achieve this, the Vice Chancellor, though a professor of law, was prepared to break every law and rules of the University, ignore all standards of civility and rules of engagement. Unable to confront his critics headlong on the issues in dispute, the Vice Chancellor preferred the method of the KGB by ensnaring and entrapping unionists and activists in all kinds of ridiculous schemes which were all meant to “call a dog a bad name in order to hang it”.

This explains how and why late comrade Omomeewa came under the persecution of Prof. Fagbohun right after the students’ union elections in the year 2019, in which he contested, unarguably won but rigged out by the University management, until his brutal murder on 18 August 2021. For these crimes, Omomeewa was accused of admission racketeering after he was ensnared by a network of hirelings working for the administration, dragged before a panel which succeeded in delaying his mobilization for the National Youth Service (NYSC) after having successfully completed his academic programme.

HOW HE WAS KILLED

On Wednesday August 18, 2021, comrade Omomeewa went to the Lagos State University (LASU) in the company of his lawyer, Barrister Temilola Nurudeen Yusuf, to appear for the umpteenth time before the Students Disciplinary Committee (SDC) over a phantom case of admission racketeering. After his appearance at the panel, he thereafter went to attend a meeting of the LASU branch of the Education Rights Campaign (ERC). After this meeting, Omomeewa went to the staff club to discuss with a Senior Assistant Registrar of the University, Mr. Waheed Majekodunmi. After this, both he and Mr. Majekodunmi walked out of the LASU Iba gate to catch a bus home. Unfortunately, they were assaulted by yet to be identified assailants thereby killing Omomeewa while Mr. Majekodunmi reportedly sustained injuries.

First, it is instructive to note that the spot where Omomeewa was killed was just a few meters from the University gate which always has, at anytime of the day or night, at least 3 or 4 campus marshals often armed with pump action rifles. It is surprising that none of them came to Omomeewa’s rescue when he was killed. This is aside the fact that the men of the Nigerian Police Force often patrol the area. More disturbing is the fact that even though the Adolf Police Station claimed a police patrol team found the body around 10pm, there was no evidence the police tried to revive him by conveying him to the next available hospital. Instead, what we know is that the body was left on the road till around 5am the next morning when it was picked up by the Lagos State Environmental agency (SEMHO) who dumped it at the morgue of the IDH, Yaba.

In addition, on the morning of Thursday August 19, 2021, the Adoff Police Station reportedly alerted the University’s Security Intelligence/Investigation and Enforcement Unit (SIEU) to the fact that an incident involving two members of the University took place at the gate the previous night but there is no evidence that the SIEU took heed of this. Equally, there is no evidence the police transmitted to the SIEU or the University management the name of the victim even though an ID card bearing Omomeewa’s name was reportedly recovered at the scene by the police.

Equally, despite the fact that the lone survivor of the incident, Mr. Waheed Majekodunmi, was admitted and reportedly treated of gunshot wounds at the LASU health centre, it is unbelievable that the University failed to make any connection between this and the information of an incident at the LASU Iba gate which the police reportedly had transmitted to the SEIU the following morning. It would seem as if gunshot wound is a commonplace injury which should not raise eyebrows.

Suffice to stress that it is this kind of inconsistencies and gaps in the events surrounding the incident of August 18, 2021 that has made us to be strongly of the opinion that there are many unanswered questions concerning Omomeewa’s death.

(1) Arrest and prosecution of the killers

(2) Withdrawal of the false charges of admission racketeering leveled against Omomeewa.

(3) We also demand the posthumous release of his certificate and adequate compensation by the management of LASU to his wife and child, who was 6 months old when Omomeewa was killed. His wife is also a graduate of LASU and deserves better than the pain and injustice she now faces as a result of the cruel murder of her husband.

(5) For enhanced security in LASU to forestall a repeat of this unfortunate attack and murder. We call for the setting up of a democratically-constituted security committee comprising elected representatives of LASUSU, staff unions, SEIU, the Nigerian Police and communities to work out a common strategy to keep the campus and its vicinity safe for students and staff.

(6) An end to non-residential campus system. For a crash public works programme to build adequate numbers of affordable and decent male and female hostels to accommodate all students of the Lagos State University (LASU) with a view to further enhancing their security unlike what obtains right now under the non-residential campus policy.

(7) An end to tyranny and victimization in LASU. Omomeewa was persecuted to death by LASU management. In his memory and honour, we demand the recall of all politically expelled, suspended and sacked students and staff activists in LASU and halt to attacks on democratic rights