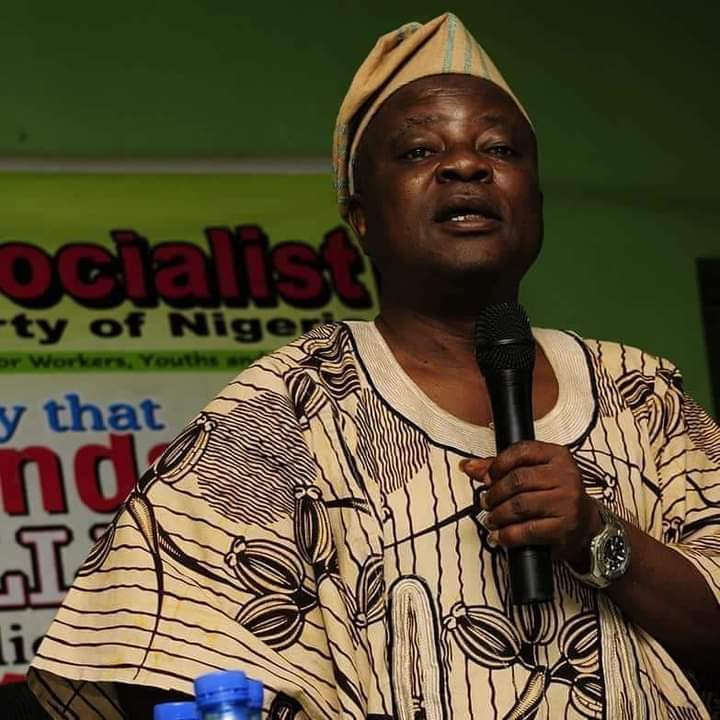 Segun Sango (born Segun Aderemi) wrote his own epitaph. He dreamt the working class socialist revolution; he spoke and worked for it; and he lived an exemplary life of a true revolutionist.

Both in theory and praxis, he was a Nigerian version of truly dedicated world-class revolutionaries who built cadres across generations. A man of steel, he was strong in illness, such that he lived for years with debilitating illness.

But the unquantifiable love and care of his wife, a good and kind hearted comrade in her own special regard, was also a most significant factor. Thank you Tinu.

Yes, Segun Sango, our founding General Secretary of the Democratic Socialist Movement (DSM); chief inspirer and foundational leader of the Socialist Party of Nigeria (SPN); former leader and Chairman of the Lagos State chapter of the National Conscience Party (NCP); erstwhile students’ movement fighter and strong anti-military and anti-capitalist pro-democracy – a real hero of Nigeria’s democracy, has passed on.

Yes, Segun Sango, former National Mobilisation Officer of the Joint Action Front, committee member of the Labour and Civil Society Coalition and a regular at the front lines of protests and demonstrations, have taken a final bow.

Our paths were inseparable since we met at Great Ife – University of Ife (now Obafemi Awolowo University), Ile-Ife, in our first year in the 1980/81 session. Being a best friend, confidant, trusted ally, family friend and many more, I owe Segun Sango loads of gratitude for whatever contributions I have made to humanity in my career as a student’s unionist, pro-democracy, working class and left wing activist. Which was why I dedicated my book: Fela: Yesterday’s Message as Today’s Reality, to him five years ago. Sango was of course a foremost fan and authority on Fela. Other comrades and the radical and revolutionary movement owe him lots of gratitude too.

The Segun Sango tribute will be in volumes.

If he had gotten the chance to say a last word before taking the last breath, it would have been by way of social commentary on the trending news of the Accountant General’s theft of N80billion. He would have said: ‘Nigeria ni irue tile sele; ki eeyan kan ji N80 billion…..ani e lee make e under capitalism ‘ (Only in Nigeria would that happen, one person stealing N80billion. You people can’t make it under capitalism).

A chapter of mourning but also of celebration of an impactful life, whose shining example will glow for long, has opened.

I penned this after myself and two other DSM comrades – Taiwo Hassan (Soweto) and Peluola Adewale (Pelad) departed the TOS funeral homes at LASUTH, where the remains of Sango were deposited very early this morning, and now lie in wait for heroic burial.

We mourn. We say GOOD NIGHT SANGO….And aren’t you a real Sango? You exited as it rained and thundered!

We celebrate an ultimate revolutionary. We say: THANK YOU SANGO….you never betrayed your individual and collective principles.

You were a working class and socialist General who never deserted the battle front. In death, you will continue to inspire us.