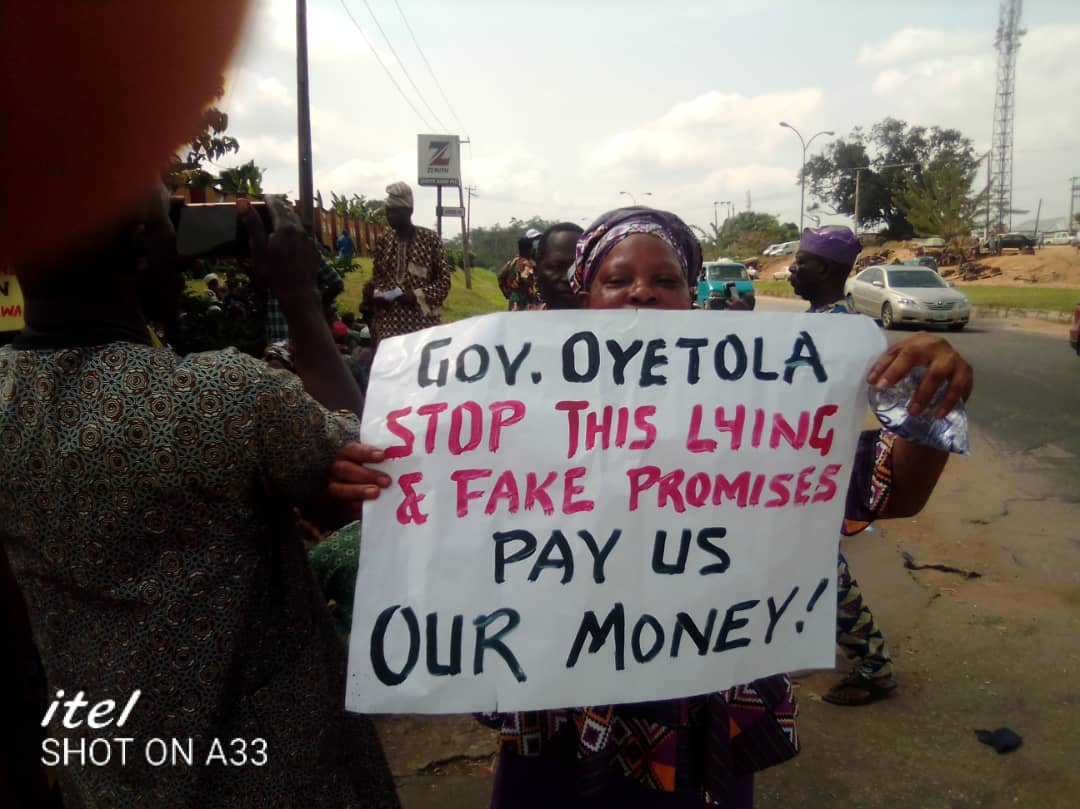 About 300 Osun State retirees, mostly under the contributory pension scheme, converged at Government Secretariat, Abeere, Osogbo on Tuesday, November 23, to protest the non-payment of their pension since 2016, and 15-months’ arrears as of 2015.

The pensioners were resolute to take the government on and press home their demands. Unfortunately, the leaderships of the pensioners’ union, NUP, and the labour unions in the state, which pushed workers into the abyss of the contributory pension scheme, have so far maintained a criminal silence.

The media, like Punch,  Premium Times, Nigerian Tribune and Daily Post, were on hand to hear the retirees out, and it was a barrage of tales of woes.

Members of the Democratic Socialist Movement (DSM) in Osun State participated in the protest.

We spoke to the media, giving solidarity to the retirees, supporting their demands with socialist arguments, and encouraging the retirees not to be deterred, as the little concessions from government so far were product of their struggle. Comrades also addressed the gathering of the retirees. 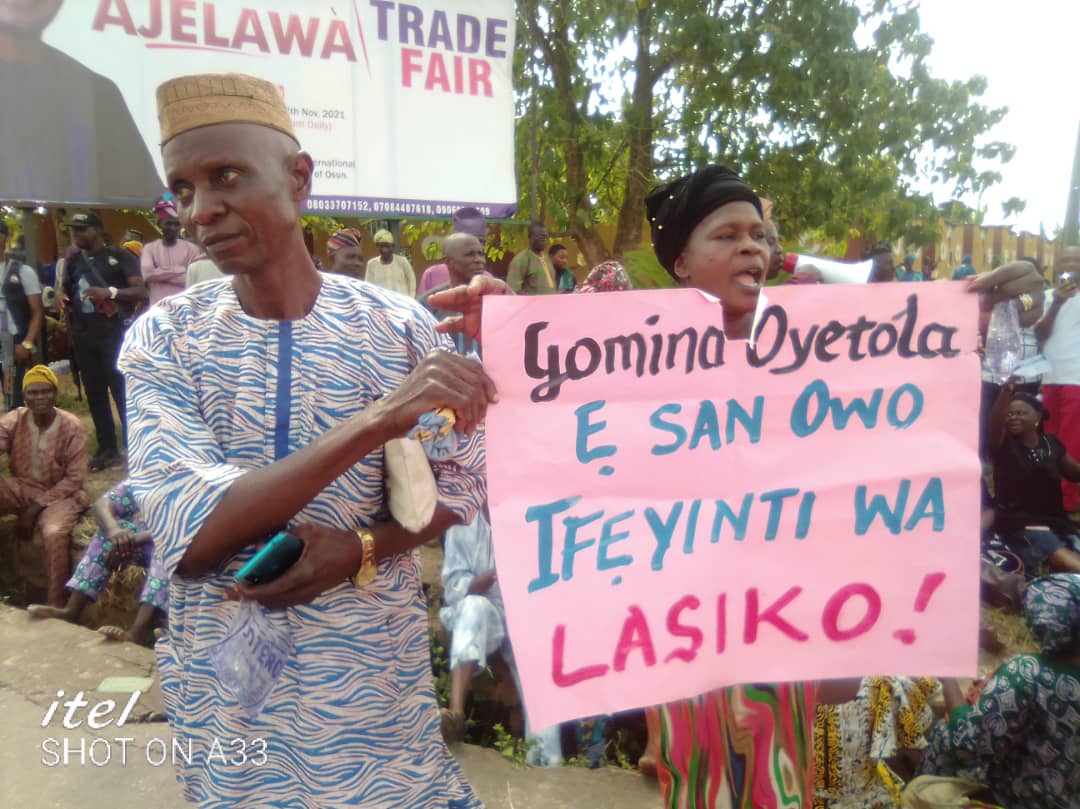 Twenty copies of latest edition of the Socialist Democracy, the DSM’s bimonthly paper, were sold while 3 expressed interest in joining the DSM, including those coordinating the protest. The protesting pensioners appreciated our intervention.