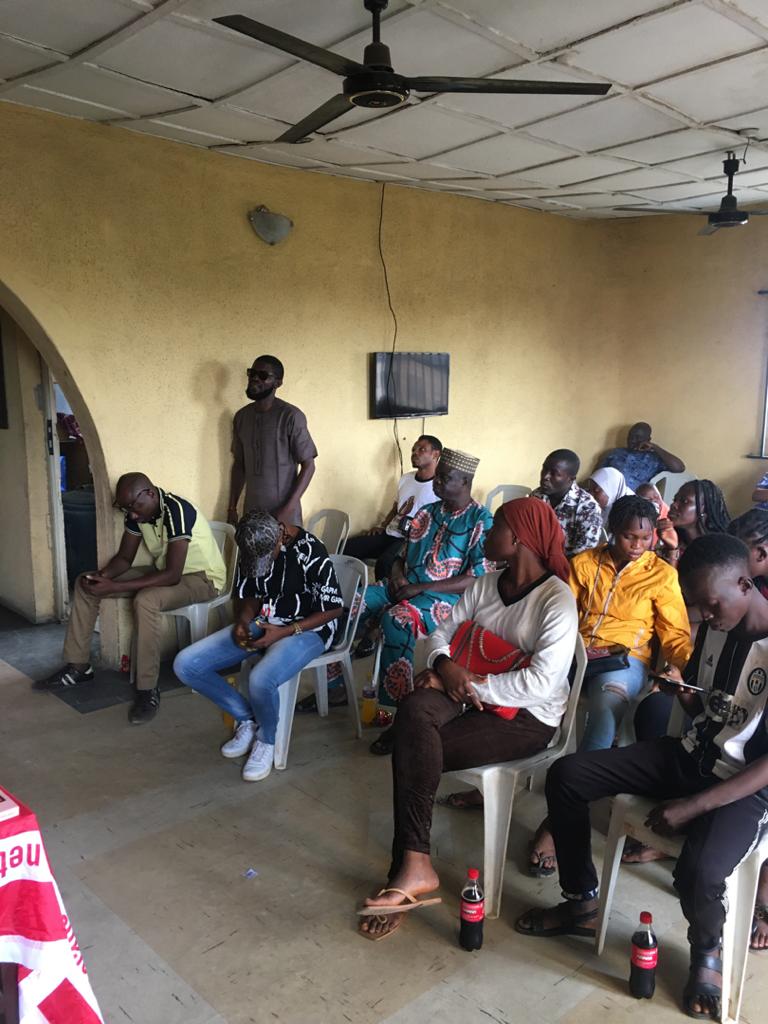 Over 30 youth, activists and Socialists turned out at a public symposium held on Saturday October 23 by the Youth Rights Campaign (YRC) to commemorate the one year anniversary of the #EndSARS struggle. The YRC is a youth platform of the Democratic Socialist Movement (DSM). The theme of the symposium was: One year after #EndSARS: The role of youth and workers in the struggle against police brutality, state repression and for system change.

Four speakers namely Comrade Adeyeye Mayowa (Napoleon) who stood in for comrade Abiodun Bakare (Secretary of the Nigeria Labour Congress Lagos State Council), Francis Nwapa (YRC Secretary), Comrade Seye (one of the coordinators of the #EndSARS struggle last year at the Lekki tollgate) and Soweto (a member of the DSM leadership) led the discussion while Zikora Ibeh moderated. A television crew from Kaftan TV were equally in attendance and gave a free coverage to the symposium. 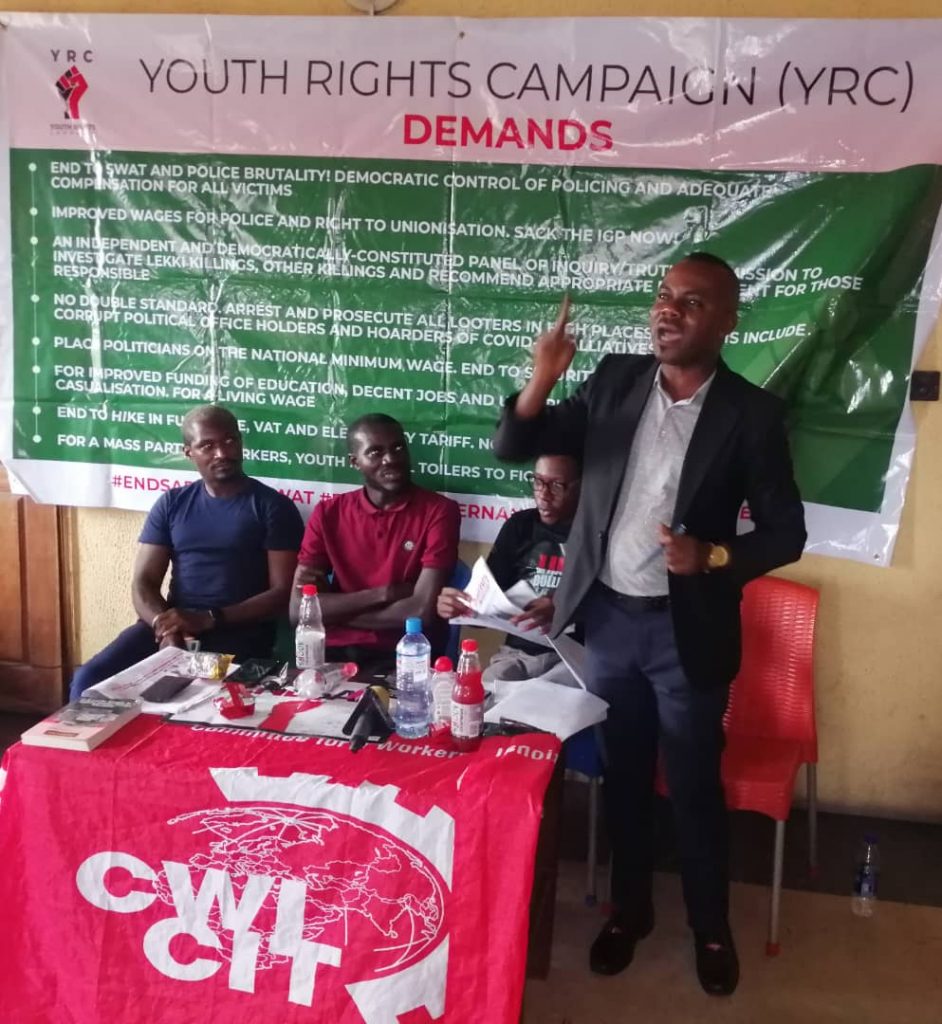 The discussion which lasted for about four hours was very rich and engaging. Apart from the speakers, who spoke on the theme drawing out key lessons and tasks going forward, participants also made useful contribution to the discussion. For instance, Nicholas Okpe who was shot at the Lekki toll gate on the night of Tuesday 20 October 2020 spoke about his experience. Similar contribution was made by Jude Balogun – another #EndSARS protester.

Key highlights of the lessons and tasks drawn up were:

One, that while it is understandable why the youth were hostile to the idea of leadership given their experience with the treacherous leadership of the labour movement and corrupt politicians, there is a need going forward to ensure that an elected and accountable leadership is built for struggle in order to avoid the pitfalls of the past. The only way to prevent betrayal of a leadership is by vigilance and exercising democratic control over the movement. 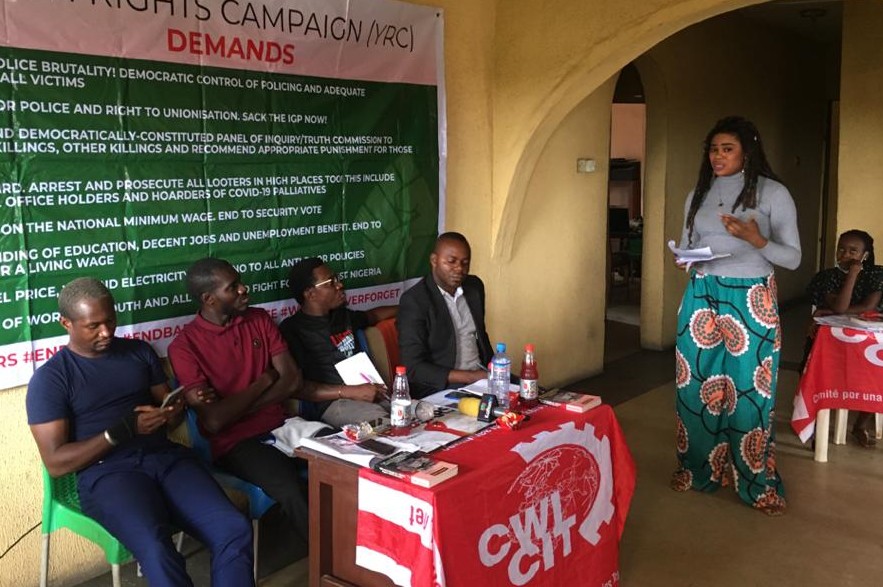 Secondly, there is a need for the youth movement to begin to take up issues of mass unemployment and anti-poor attacks by the Buhari government and state governments on the livelihood of Nigerians. At the period of the #EndARS struggle last year, youth unemployment was 35%, now it is about 54%! A day of action to fight for decent jobs, adequate minimum wage, unemployment allowance and adequate public education funding as well as demanding the reversal of the hike in fuel price and electricity tariff  should be the next stage of the #EndSARS struggle.

Thirdly, the complete lack of solidarity from the Nigeria Labour Congress (NLC) and the Trade Union Congress (TUC) towards the #endSARS struggle last year was condemned. The meeting agreed on the need for the youth and the labor movement to forge an organic link. The representative of the NLC Lagos state chapter who was at the meeting was charged to take the message of the symposium back to the labour leadership. 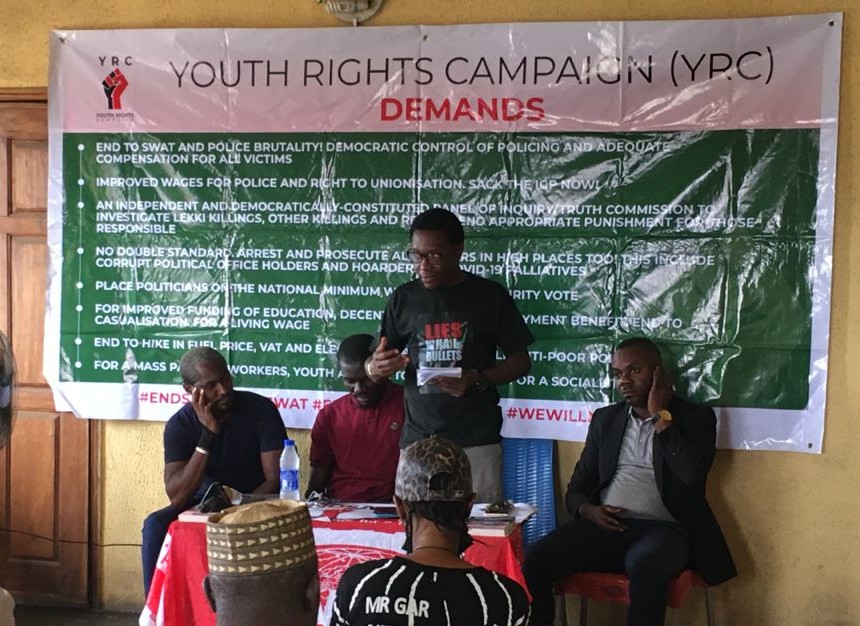 Fourthly, the meeting agreed that there is a need for the youth to use the power derived from the protest last year to organize politically but this has to be on the basis of clear ideas and programmes and not simply on the basis of age. A youth party means other important layers of the oppressed masses including the working class are left out of the process to change Nigeria. This is fated to fail. Therefore, the meeting concluded on the need for the formation and building of a mass political alternative that brings together workers, radical youth and the poor masses.

At the end of the deliberations, the sum of N9, 700 was collected as fighting fund while 5 copies of the DSM publication on the need for a mass working people party were sold. Also, some of the participants who were attending YRC event for the first time agreed to be added to the YRC WhatsApp group in order to have a close link to the organization.