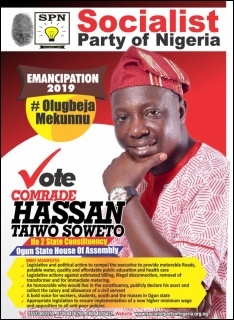 There was an excited response as the flag-off rally of the Socialist Party of Nigeria (SPN) campaign to elect Comrade Hassan Taiwo Soweto as member, Ogun State House of Assembly, Ifo 2 constituency, took place on Saturday 15 December 2018. It started with a symposium at the Olambe Town hall, with about 120 persons in attendance. The symposium started with solidarity songs where the members of the party sang enthusiastically, before the candidate came out to give his manifestoes to an inspiring applause by the audience. 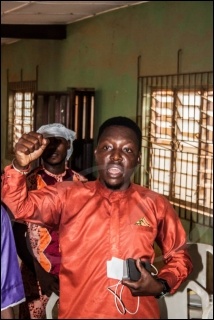 Soweto is running on a manifesto to go into the House of Assembly to build a popular movement to fight for development for neglected communities in the constituency in the areas of road infrastructure, electricity, public education, healthcare and jobs. He will stand against all anti-poor policies and serve as a bold voice for workers, youth and the masses. He will continue to live in the constituency and he will not collect more than the salary and allowances of a skilled civil servant.

Speaking after him was a Chief of the Olaogun town, Chief Bamigbose, who informed the audience of the fact that the constituency is larger than 6 local governments in the state, yet it is the most underfunded. There are hardly any motorable roads while public schools and health facilities are either non-existent or inadequate. He stressed the need for a vibrant representation for the constituency, and the need for the members of the constituency to elect Soweto with a protest vote. 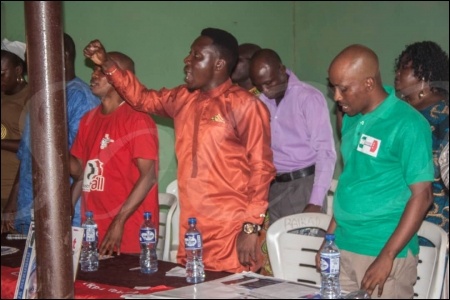 The National Secretary of the party, Comrade Chinedu Bosah, also came out to speak and expressed how inspiring the Ifo contest was for the National Secretariat and the whole party. The Chairman of the Lagos State Chapter of the Party, Comrade Rufus Olusesan, lamented that Nigerians can no longer beg around to feed themselves, and concluded that ‘enough is enough of capitalist politicians’. A member of the Campaign for a Workers’ and Youths’ Alternative (CWA), Falilat Jimoh, came with solidarity greetings from the CWA, drawing the similarities between the CWA and SPN, and stressed the fact that a victory for Soweto would be an exemplary radical alternative.

Comrade Ayo Arogundade echoed that the alternatives of a politician on minimum wage, and living in the community are examples that the SPN is set to lay with the contest. The Chairlady of the Tailors’ Association in the area, Mrs. Olaoyenikan, encouraged the people to vote for a grassroots activist. A local elder in the area, Elder Jegede, narrated how he was inspired by the speech of the candidate at an earlier date at a meeting of the Community Development Council, and lamented how youths were being used by bourgeois politicians but is happy that the youths are now ready to take their future into their hands. A representative of the Baale (Monarch) of Olambe town in his speech described the candidate as a David that will definitely overcome the Goliath he is confronting. Mamakofoshi, the women’s leader of the party, expressed her happiness that an activist is contesting, and asked the people to vote out corrupt politicians.

An election fundraising was launched at the symposium which raised in pledges and cash a total sum of N45,000 with about N11,500 raised on the spot. The rally started immediately after the symposium with a convoy of three cars, a bus, about five motorcycles (okada) and a van, which were all filled up with many walking almost the entire length of the distance covered. Inspiring responses of the people about the need for good roads and exemplary endorsements by those we engaged and agitated with were all the major highlights of the rally, asides the poster pasting and the leafleting.

Photo roundup of the day 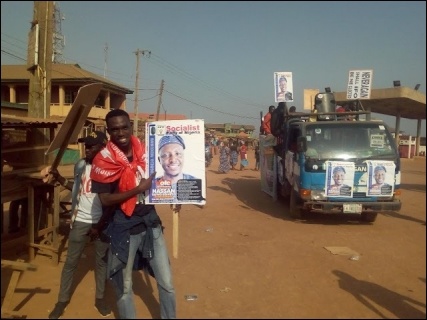 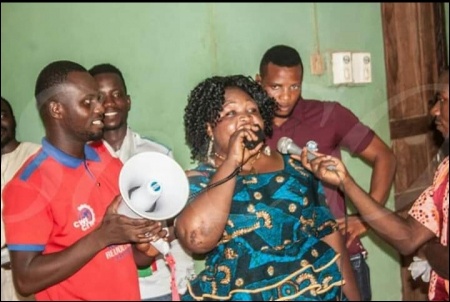 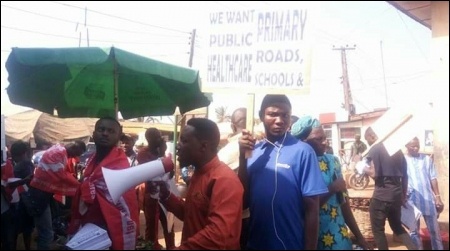 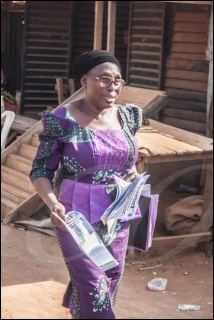 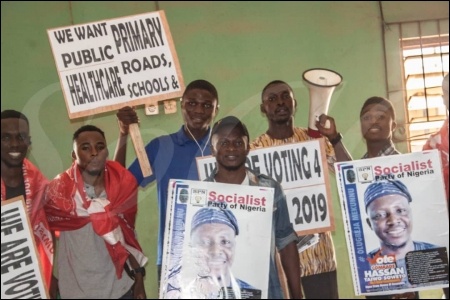 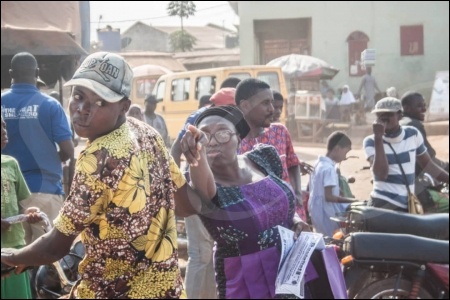 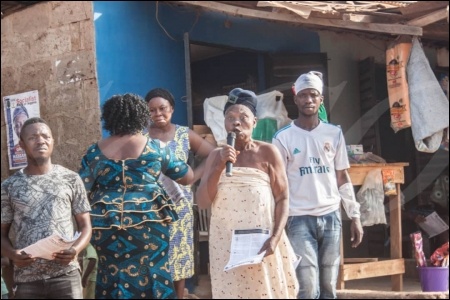 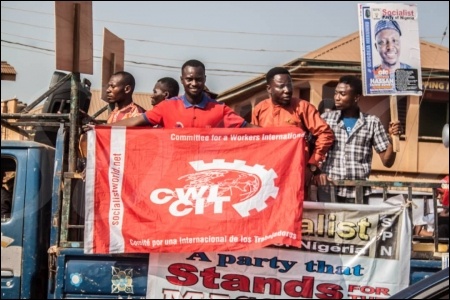 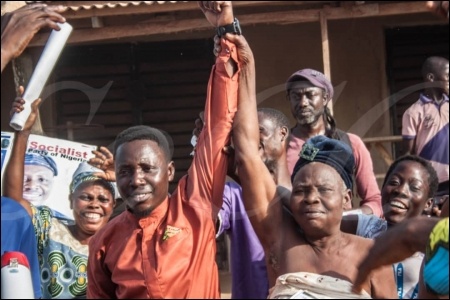