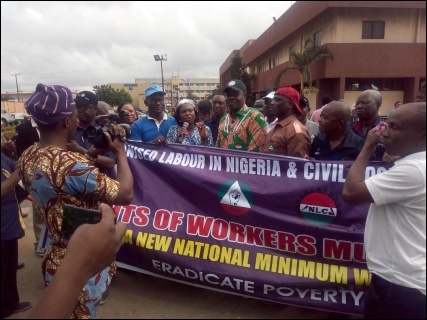 On Thursday 27th of September, 2018, the nationwide warning strike jointly called by the three Labour centres, Nigerian Labour Congress (NLC), Trade Union Congress (TUC) and United Labour Congress (ULC), kicked off across the country with most public institutions complying with the sit-at-home strike.

Due to the general poor mobilization and specifically, lack of serious plan to involve pro-labour organisations in the action, the members of the Democratic Socialist Movement (DSM) were only able to significantly play a statewide role in the strike in Lagos. There DSM comrade H.T Soweto was a member of the Strike Committee in Lagos. Our intervention and that of Joint Action Front (JAF) helped put impetus and redirection to the activities of strike to go beyond the national leaders “stay at home” call and seek mobilise workers and supporters in action. This largely contributed to the success of the Lagos actions which saw to the closure of the State Government Secretariat, picketing of the state television and radio station, closure of banks and picketing of Lagos airport. 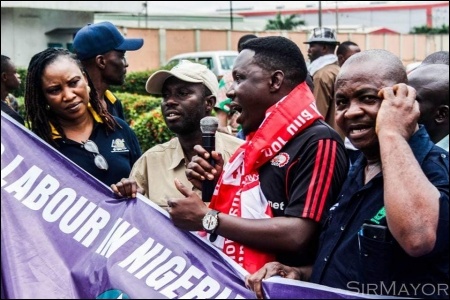 This intervention in Lagos saw Democratic Socialist Movement members of the Strike Committee work to enforce the strike in the state. The Strike Committee met on the evening of Wednesday 26th October to discuss the method to do this, and early on Thursday morning we were at the Alausa Lagos State Secretariat to enforce the strike. Unfortunately the NLC was unable to get the transport union to give directives to its members to join the strike, though the union president doubles as Deputy President of the NLC. The railway union, which is an affiliate of the United Labour Congress (ULC), joined the strike on the Thursday morning while the petroleum sector Union promised to join on Friday in Lagos State. The strike was finally enforced at the Lagos airport on Friday after initial attempt of the Strike Committee which met with limited success due to the fact that the airport workers’ union leaders were away in Asaba, Delta state, their Delegate Conference.

The general mood of workers and the people at the Lagos government secretariat and those met at other stops during the enforcement expressed the view that the strike was long overdue. Although, at the same time, people expressed their distrust in the labour leaders’ will to see through the struggle for a new minimum wage. Clearly the failure of previous general strikes to win significant gains, this was the 11th general strike since 2000, has left its mark. 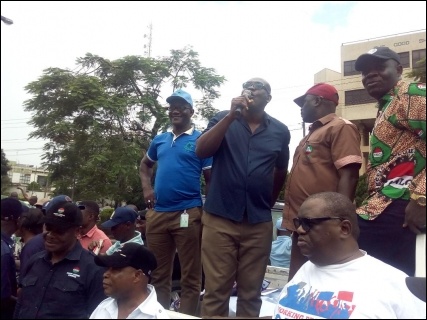 All of the non-compliance in some sectors and skirmishes that ensued while trying to enforce the strike were basically due to the poor preparation and mobilisation of the strike (which deprived the strike of proper discussion and planning), the past betrayals of labour leaders as expressed by workers who did not believe that the union leaders can see the struggle through while creating problems for them queries in the event of the strike’s failure, and the fact that some of the sectors have not been unionised at all.

We raised all these issues at the Strike Committee meeting on the Thursday evening and proposed an activity for Monday, October 1st (Independence Day), either to be a rally or a protest to drive home the point that the workers are raising. It was promised that the proposal would be considered, but then the national Labour leaders called off the strike simply on the basis that the government promised that the ‘tripartite committee’ on the new minimum wage would meet on October 4th.

The DSM will continue to articulate the steps needed to win a N65,000 minimum wage. At the same time we link the demands of the workers to the need for building a political alternative around which the rank and file workers and the poor can challenge the domination of politics by pro-capitalist parties who promise but do not deliver for the overwhelming majority of Nigerians.