SPN vs INEC: At last, Victory is near

Over three year struggle for registration may soon be won

November 2, 2017 fixed for Delivery of Judgment 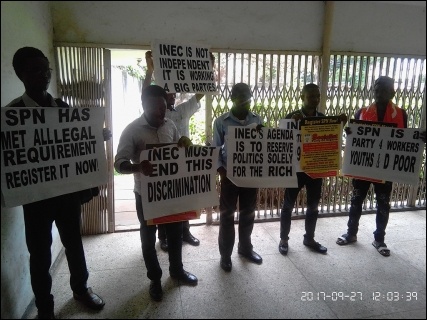 At last, the Federal High Court Abuja on September 27, 2017 fixed a date for judgment in the suit by the Socialist Party of Nigeria (SPN) against the Independent National Electoral Commission (INEC) over its non-registration by the electoral body. The date is November 2, 2017.

While it is not yet hurrah, the excitement of members and supporters of the SPN following the news that the matter has been reserved for judgment is understandable. This is like a milestone in the legal tussle that has so far lasted over three years including suffering eighteen (18) adjournments over the period. In all these adjournments, the court only sat seven times out with the issue itself mentioned five times. Indeed, the SPN’s case that was filed on September 10, 2014 and originally scheduled for first hearing on November 19, 2014 did not actually get to a court hearing until May 4, 2017.

This delay was partly due to the machinations of INEC to frustrate us by wasting the time of the court for well over a year through an out-of-court settlement process it initiated but was never committed to. The slow pace of the matter is equally attributable to the nature of the judiciary which is primed to make it harder for the poor to ever get justice.

We hope that the court will sit on the next adjourned date of November 2. But whatever happens on that date, the judgment has to be delivered within three months of the completion of hearing as stipulated by Nigerian Constitution. So, we should know our fate legally this year. For us, victory is certain as we believe that we have a very strong legal basis to win the matter.

We commend the comrades at Citipoint Chambers who are providing a completely free legal service including bearing the cost of air travels and hotel accommodation their steadfastness and sacrifice. 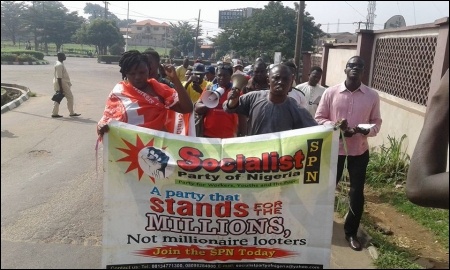 As it has been the practice since the struggle for registration started members of the SPN in Lagos, Oyo and Osun states held protest actions on the same day – September 27 – to complement the legal process. Armed with a petition, we marched to the National Human Rights Commission offices in Lagos and Osogbo Osun states and the Public Complaint Commission offices in Ibadan Oyo state. The officers that received the petition promised that the agencies will act on it. We have no illusion in promises and we shall continue to mount pressure. 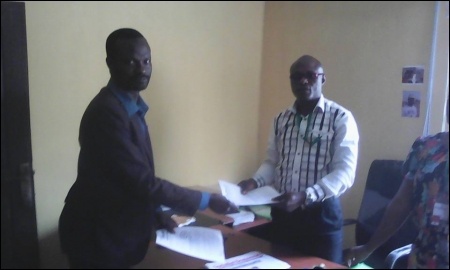 We have fulfilled all legal and constitutional requirements for registration as a political party. The reason we have not been registered is political. The INEC on behalf of capitalist ruling elite is afraid of socialist alternative to capitalist ideas and program that we pose. So we shall continue with different protest actions and gathering wider support until the party is registered.