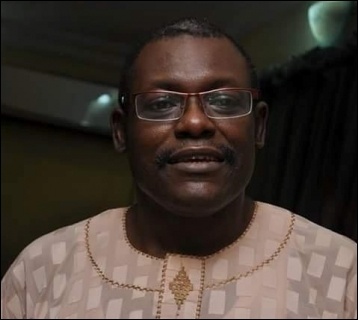 The Democratic Socialist Movement (DSM) joins the large family of relatives, comrades, friends, associates and colleagues to mourn the passing of Comrade Niyi Adewumi, socialist and great fighter for social justice. Niyi who died on July 14 would have clocked 50 on August 25, 2016.

Niyi, a foundation member of DSM, was a socialist activist right from his student days at Obafemi Awolowo University (OAU) Ile-Ife in the mid-1980’s.

As a radical students’ union activist and leader, it was not accidental that it was under Niyi’s leadership as Speaker that the Students Representative Council (SRC) of the Great Ife Students’ union conferred on Chief Gani Fawehinmi his much revered and preferred title of Senior Advocate of the Masses (SAM), long before he was made a Senior Advocate of Nigeria (SAN).

As a radical and pro-people barrister, Niyi employed law as a tool for social justice and defence of the downtrodden masses.

He played dynamic role in the legal support put up by Citipoint Chambers, where he was a co-founder and partner, for the students’ union of OAU Ile-Ife in pursuit of justice following the brutal murder of five students of the university in 1999 by campus cultists.

Niyi was also in court in 2008 pro bono in pursuit of freedom for Hassan Taiwo Soweto (National Coordinator, Education Rights Campaign) and Tunde Dairo (PRO Students Union OAU), who were detained at Ilesha Prison, along with Akinola Saburi (President, Students Union), at the instance of Prof. Faborode led University management for providing leadership for the struggle of students for better welfare and independent unionism.

He also contributed immensely to the legal victory of two former students’ union activists – Lanre Akinola and Rasheedat Adeshina who graduated in 1999 and 2001 respectively – over the authorities of the University of Ilorin over the non-release of their academic results and certificates for their roles in the defense of independent students’ unionism and better welfare. The case was fought at the High Court and eventually won at the Supreme Court pro bono by the Citipoint Chambers. It is a revolutionary record the undeletable mark on which Niyi’s name would be printed along with his partners that though the two former student activists were awarded damages running to millions of Naira, the Citipoint Chambers declined to collect any dime despite the huge resources they deployed for the diligent and successful prosecution of the case.

As a firm believer in the need for a pro-working people’s radical political platform to take power from the capitalist ruling political parties that have consistently imposed anti-poor policies on the poor while accumulating private wealth for themselves, Niyi along with other socialist comrades was a member and stood as a House of Representative candidate of the Gani-led National Conscience Party (NCP) in Ifako-Ijaiye, Lagos, federal constituency during the 2003 general elections.

Niyi, a great mobilizer, ran a very powerful campaign touching almost all nooks and crannies of his constituency, and garnered about 11,000 votes, representing 14 percent of the total votes cast. This was an impressive result given the fact that NCP, registered only in December 2002 after a spirited legal and political battle led by Chief Gani Fawehinmi, had barely three months and limited resources to campaign. Besides, the winner who was of the ruling Alliance for Democracy (AD, now APC) and incumbent, with monstrous war chest and rigging machine only scored 32,000 votes.

Indeed, in the interview he granted Socialist Democracy (Paper of DSM) after the 2003 election he argued that it might require “a mass-based revolution” for the working masses to take over political power.

His words, “While it is possible that we may win in a true, free and fair election after properly educating the masses on our programmes and what we stand for, it is also likely that using the machinery of the state, the capitalist ruling class will do everything possible to prevent a party like NCP from taking power. Those who are looking for change in our society must understand this. Therefore, while we may win through the ballot box, we must not lose sight of the fact that the most essential and important thing for us to do is to empower, educate and mobilise the working masses of this country to stand up for what is theirs, and to take power by a mass-based revolution if it is the option left for us to achieve our objectives” (Socialist Democracy July-August 2003).

True to his word, Niyi remained an active and financial member of the DSM until his death. Unfortunately by the time the DSM started the building of the Socialist Party of Nigeria (SPN), the illness that eventually led to Niyi’s death was beginning to take its toll such that he could not play a direct active role. Yet his support for this new effort to provide the working masses with a political alternative was not in doubt. Niyi made financial contributions towards the SPN’s efforts to apply for registration. But far beyond this is that for nearly two years now, the Citipoint Chambers, at which Niyi was a partner, has been leading the legal effort to challenge INEC’s decision to deny the party its deserved certificate of registration after meeting all constitutional requirements.

For us therefore, the greatest tribute to Niyi’s memory is to redouble efforts at building a mass socialist movement that could overthrow capitalism in order to offer a better future to humanity in Nigeria, Africa and the world.