IPWA WORKER DIES AS NO SALARY MEANS NO MEDICAL HELP

IPWA WORKER DIES AS NO SALARY MEANS NO MEDICAL HELP


IPWA WORKER DIES AS NO SALARY MEANS NO MEDICAL HELP 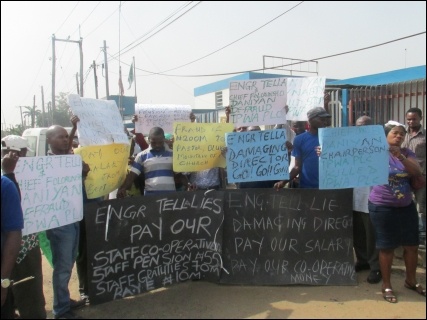 The Campaign for Democratic and Workers’ Rights (CDWR) commiserates with the family of Emmanuel Amadi, a worker with IPWA PLC, Oba Akran, Ikeja Lagos, who died on December 11, 2015. He died as a result of the anti-labour policies and practices of the management of the company. As at when Amadi died, he and other workers were owed almost 4 months’ salaries.

Already IPWA workers were forced to embark on strike on Tuesday December 8, 2015 and the strike was then suspended when management agreed with the union to pay 3 months’ salary owed within 10 days in a staggered manner. The backlog of salary owed the workers made it impossible for Amadi to seek medical attention as well as meet other needs. Most worrisome is the fact that the management does not have medical facilities for ill workers. Hence, the blame lies squarely with the management. 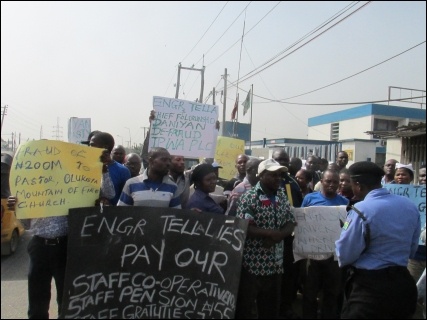 Currently, there is another death waiting to happen as another worker known as Paul Enwerem, who has worked hard for 35 years and retired, has not been paid his gratuity and other retirement benefits. As a consequence Paul, who is suffering from stroke and paralyzed, is without money to seek medical intervention.

IPWA PLC which manufactures paints has about 112 workers including 15 casuals. N38, 000 is paid to regular staff while N20,000 is paid to casuals. The following are workers’ claims:

Leave allowance is not paid to workers; gratuity is not paid as management owes about N70 million in gratuity; pension contribution of about N55 million deducted by the management has not been remitted to Pension Custodian; N10 million belonging to staff cooperatives is yet to be remitted by the management; between May and August salaries were paid piecemeal and sometimes as ridiculously low as N2,000 etc. 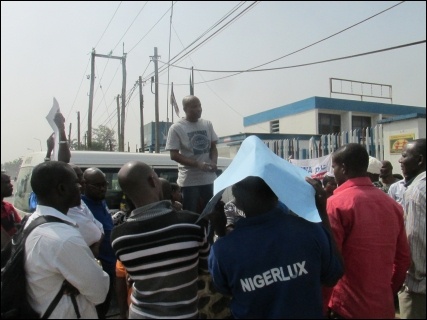 IPWA PLC is one of the pioneer paint manufacturing companies in Nigeria and has been in existence since 1961 but is currently unable to produce optimally because of bad and wasteful management. The company produces marine paint, auto paint, building paint, industrial paint and wood finishes paint. According to workers, the reason for producing far below capacity is because management is unable to procure the required raw materials for production and equally owes many of its suppliers. The workers also alleged that management borrowed money form the bank only to buy brand new cars for top management staff and has paid N200 million so far to Pastor Olukoya, the general overseer of Mountain of Fire Ministry (MFM), to pray for the company’s progress.

The CDWR hereby calls on the union (National Union of Chemical, Footwear and Non-Metallic Workers) to mobilise workers to engage the management on all the demands of workers until all demands are met.