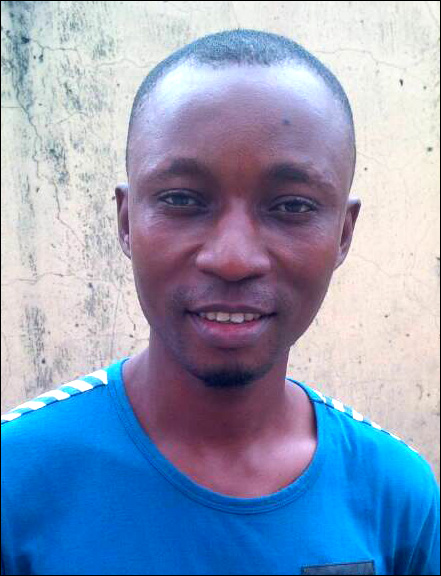 At about noon on Friday March 20, 2015, family members gave the heartbreaking news of the death of their son Uchenna Dike, aged 31, to the members of the Democratic Socialist Movement (DSM), Ajegunle branch – an organisation that he had been active in for over 12 years, since joining in 2002.

The circumstances surrounding his death seem shrouded in mystery. Days before his death, he had complained to fellow comrades of body and chest pains. He slept the previous night but was not seen alive the next day. It was assumed that he had gone to work, so his death was not even noticed until about 11am, when the door to his room was forced open and his remains found lying on the floor with his arms folded across his chest. While family members are strongly attributing it to one mystical reason or the other, the fact however remains there is a rational explanation for Comrade Uche’s death and the daily death of many poor Nigerians in similar circumstances.

It is a fact that health facilities in Nigeria have been run aground by succeeding capitalist ruling elites, who rather prefer to fly abroad to seek treatment for themselves, than improve the health facilities in the country. Given a better organised and just society, whatever ailment would have been detected earlier and necessary medication and precaution taken. It is however the need to end this state of affairs caused the capitalist logic of putting profit first before the need of the working people and the poor that made Comrade Uche join the DSM. Unlike others around him on the same street who joined at the same time, he remained active until his death, deepening his understanding of the ideas of socialism and intervening in the struggles of the working people in the community and elsewhere, as a means of attracting others to the DSM. The least to say is that we shall all miss him. His untimely death is a great loss to the family and to the DSM.

The very last week of his life was one of complete goodwill to members of the branch and all those around him after starting a new job in January. He had paid his monthly subscription upfront for January and February and had promised to do same again on receiving his March salary. 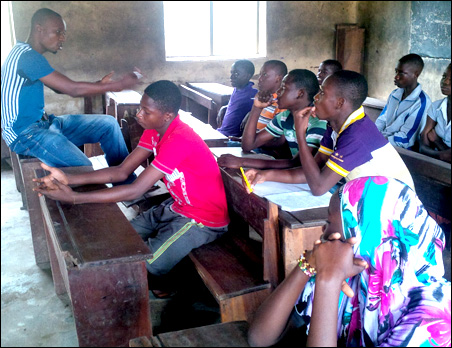 His quiet disposition stood him out of all of the comrades in the branch. His approach to issues was interestingly in favour of taking actions in the direction of clarifying the way forward. He gained admission to the Federal Polytechnic Nekede, Imo state in 2006 to study Public Administration. After his Ordinary National Diploma (ND), he progressed to his Higher National Diploma (HND) program and graduated some years after. He also concluded his National Youth Service Corps (NYSC) in 2014. That he suddenly died at this period when he had graduated after all of the struggles of the mother and family members to see him through school, and had succeeded in getting job to cushion the privations of the past period is a climax that leaves a bitter taste in the mouth. 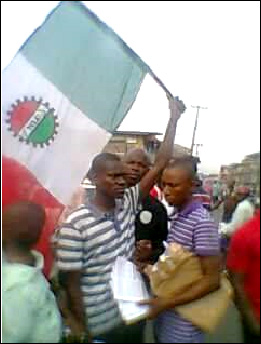 Comrade Uche’s contributions to the struggle in the Ajegunle community no doubt have impacted meaningfully to the political, educational and other aspects of the people of the community. With the branch centre located on the same street as his home, he immediately became active, hitting the ground running, first becoming involved in the National Conscience Party (NCP) founded by Chief Gani Fawehinmi, who was running for president in the 2003 general elections. He was one of the agents of the party at the polling booth. The DSM had made a turn to the NCP with all of its members using it as a means of reaching out to a broader layer of change seekers. Indeed this was what made it possible for Comrade Uche to join the DSM.

After his National Youth Service in 2014, which he did at Ekiti state, he then moved back to Lagos. On his return, he gave a political discussion on the Ekiti state governorship election which was just concluded before his return to Lagos. He x-rayed the level of decayed infrastructures in the state, high rate of unemployment and the neglect of the ordinary people of the state. He described the Fayemi APC-led government as not different from the previous PDP-led government and with the absence of a genuine people’s party, the neglected PDP was brought back as a result. A situation he described as barbarism until socialism!

This was not the only lead-off he gave at that period. At the conclusion of the Education Rights Campaign (ERC) free holiday coaching in 2014 (a summer school which he also actively participated in not only as a volunteer teacher but active organizer for students of secondary schools in the community), he also gave a discussion on the importance of education for the secondary school students that participated in the summer school during a special meeting put together for the participants. He urged all the students present to take their education seriously and demand from government better funding of the educational sector as is the right of every child to be educated. His tenacity made it possible to invite volunteer teachers for the ERC free coaching in August every year.

Uche participated in many struggles against capitalist neo-liberal policies of the ruling PDP and APC. Among these is the January 2012 protest against the cruel imposition of increment in fuel price in. As the news of the hike was announced late January 1st 2012, Uche and many other DSM comrades in the Ajegunle led a rally as early as 8am in the community as a wakeup call to members of the community to give a fightback and resist the fuel price hike. The rally which took place during a time when many people were still in celebrative mood of the New Year holidays witnessed support from community members. From the commencement of the procession at the DSM office in Ajegunle down to Boundary road and to Okoya roundabout, a distance of about 3km, the comrade distributed fliers and engaged people in discussions on why the fuel price increment had to be resisted as it would have devastating effect to the ordinary working class people. All through the years he was also involved in all of the general strikes and protests against deregulation, all through 2000 – 2007, under the Obasanjo government.

At a period like this, when capitalist-induced austerity is really biting the populace and it requires urgent response from the mass of the people, it is a sad time to lose a cadre whose experience, tenacity and commitment would have been invaluable in the struggles in the offing. We shall honour the memory of comrade Uche by making a greater commitment to continue with the struggle to overthrow capitalism and enthrone socialism.