SPN Registration: The Matter Adjourned to May 21 for Amicable Settlement Out of Court 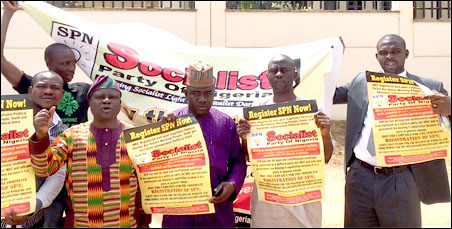 The legal suit of the Socialist Party of Nigeria (SPN) filed against the Independent National Electoral Commission (INEC) came up at the Federal High Court Abuja on Tuesday March 3 before Justice Gabriel Kolawole. The date had been fixed for hearing by the court to hear the originating application filed by the SPN.

However, before the commencement of the hearing, the INEC lawyer had, in a brief meeting with the SPN lawyer and the party’s National Chairperson, informed us of the INEC’s preparedness to reconsider the application for the registration of our party.

At the hearing, the SPN lawyer informed the court of this development from INEC, and after confirmation by the INEC lawyer, the court subsequently granted an adjournment of the matter to May 21, 2015 for the report of amicable settlement envisaged by the two parties or in the alternative the hearing of the SPN originating application.