Agenda for a mass-based, Virile and Independent Students’ union! 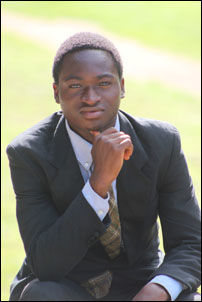 There is every indication that University of Ibadan (UI) Students’ Union elections will be held on 12th of July, 2014. This will be the fourth election in the institution since November 2010 when the Prof. Isaac Adewole-led management was forced to restore the students’ union that had been proscribed for over a decade.

For over ten (10) years, precisely from 1999 till 2010, student activists, with support of leadership of Academic Staff Union of Universities (ASUU) UI branch, led a spirited campaign for unconditional reinstatement of the proscribed students’ union that spanned three different administrations in the university.

Members of Democratic Socialist Movement (DSM) played leading and crucial roles in this struggle and suffered various degrees of victimisation in the process. For instance, studentship was terminated, certificates were withheld and there were a series of brazen attacks on student activists by managements sponsored campus cult groups.

Unfortunately, since the restoration of the union, it is the right wing elements that have been producing the leadership. This is as a result of the combination of factors. Notably among these is the decimation of left organisations following the ruthless attack and victimisation of student activists after the proscription of the students’ union activities.

The DSM has been therefore prioritising rebuilding of our organisation, political education of our comrades and development of cadres over contesting positions in the Students’ Union. We have restricted ourselves to participation in the Students’ Union parliament while naturally intervening in the struggles of students on welfare, fees, etc and organising public meetings/activities on various issues from the local, national to international developments. This is in addition to our active participation and intervention in various struggles of workers within and outside the university community.

Through these kinds of activities a lot of gains were attracted to the organisation. This includes is increase in our membership figure, working relationship with staff unions on campus as well as improvement in the ideological clarity of members.

Having undertaken this kind of pain-staking process of building our organisation as a working class oriented body on campus, our branch members after a series of discussions decided to participate in the coming Students’ Union elections by sponsoring Comrade Olawuni Mustapha to stand as a candidate for the position of the union president. All other qualified members of the organisation will also be sponsored to contest elections into the Students Representative Council (SRC) of the union.

It is our great conviction that our intervention in the coming Students’ Union election will no doubt provide us a better platform to deepen the age-long campaign of our organisation for adequate funding of public education with democratic control of elected representatives of staff unions and students. It will also give impetus to our campaign for respect of democratic rights to an independent students’ unionism so that students’ union can defend the interests of students on the campus and work in solidarity with both education workers’ unions and other trade unions as well as in wider struggles to defend and advance the collective interest of workers, students and masses. This is why we hope that our leadership of the Students’ Union will help restore it to its enviable tradition as a fighting platform of the student populace and a voice of in support of the voiceless in the larger society.

Comrade Olawuni Mustapha is one of the leading and active members of our organisation. He has an impressive record of active involvement and participation in interventions of our organization in both students and workers struggles/activities within and outside the campus. He has at different times represented the branch in many of the DSM’s national meetings and programmes.

As a pro-working peoples’ political organisation, we are strongly convinced that making the financial burden/implication of this kind of political aspiration a collective and organisational responsibility is one of the way through which we hope to regulate and guide the activities and conducts of members who hold political offices or positions.

In light of this, we have estimated the total cost of conducting an organised campaign during the electioneering process to be N132, 820:00. This covers the cost of producing campaign materials like leaflet, posters, banners, stickers, manifesto, megaphones, batteries, bell, etc.

We hereby use this medium to solicit solidarity and financial support of trade unions, labour activists, workers, students, members of civil society organisations and the general public towards the actualisation of this laudable and collective aspiration of our organisation.