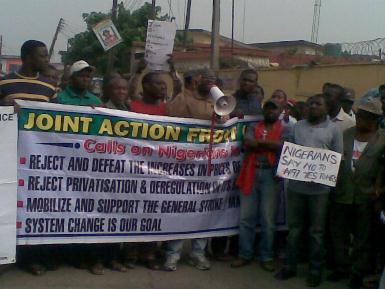 Struggle forces Jonathan back a bit, but could have won far more with a more resolute leadership

We Condemn Repression by Police and Army!

Monday, January 16, saw the Nigeria Labour Congress and Trade Union Congress call off the general strike which had paralyzed activities in Nigeria for one week. The whole country had come to a halt in anger at the surprise New Year Day’s fuel price hike, the government was completely isolated during the strike’s duration. If Labour had offered a clear lead this struggle could not only have forced back the price hike but also laid the basis for a complete transformation of the country. Now there is the danger that this result will lead to a temporary disappointment with the results of mass Labour struggle.

The calling off of the strike came hours after the Labour leaders suspended street protests and mass actions. This suspension of picketing, protests and rallies was then followed by President Jonathan’s announcement of the reduction of the fuel price from N141 to N97 a litre and deployment of armed soldiers across the country. While the Labour leaders want Nigerians to believe that the new price was a unilateral decision of the government, the sequence of events in the 24 hours before the strike was suspended, as well as the statement jointly issued by the two trade union federations calling off the strike, indicates that they had made a rotten deal with the government.

At its height the strike and mass protests involved millions taking strike action; there were huge demonstrations across the country while tens of millions stayed at home in protest. Among the most active participants in the protests were youths and students who in places like Lagos organized street demos and rallies raising resources on their own to have public address systems powered by generators to address neighbourhood crowds. Indeed the one week general strike of January 9 to 13 and the mass protests it engendered was, no doubt, the biggest movement of such scale and depth so far in the history of Nigeria. The strike was total even in North Eastern states where state of emergencies had been declared ostensibly in response to the state of insecurity created by Boko Haram’s terroristic activities. It gave a glimpse, even if so briefly, of the possibility of revolutionary change in Nigeria.

In spite of the suspension of the street protests by the Labour leaders and the government’s announcement of a cut to N97, the strike on the Monday after the reduction was still very effective with total compliance and shutdown of all activities both in formal and informal sectors of the economy as it had been in the previous days. The streets and roads were deserted and only plied by soldiers who rode in brand new vans without plate numbers. Besides, in defiance of the suspension of the street protests and mass rallies, groups like Joint Action Front (JAF) organized a number of mass activities across the country. In Lagos, there was protest march of about 100 people from Yaba which was planned to be terminated at Gani Park Ojota before the combined forces of police and soldiers dispersed them with tear gas and live ammunition half way. In Oyo and Osun states there were mass rallies of thousands which came to abruptly end when the news of the call-off filtered in. There were similar mass activities across the country including in Kano and Kaduna in the north.

All this shows the resolve of people who had trooped out in millions to actively participate in various forms of mass actions nationwide in addition to those who stayed at home in compliance with strike to continue the action until the price was reverted to N65 if provided with leadership by Labour. 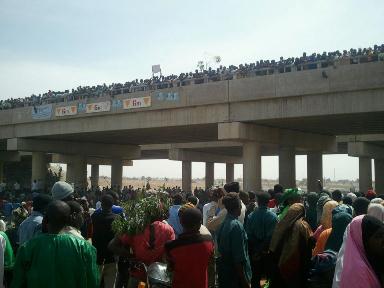 Unfortunately, the Labour leadership was not prepared for a long-drawn battle as an indefinite strike ultimately poses the question of power, of who runs the country, which is not on the agenda of the Labour leaders! Indeed, on Sunday January 15 the Labour leaders shamelessly issued a statement to explicitly dissociate themselves from the call for regime change which had started gaining echo among the masses stating the strike’s “objective is the reversal of the petrol prices to their pre-January 1, 2012 level. We are therefore not campaigning for ‘Regime Change’.” This was done not only to please the embattled government but also because the current Labour leaders do not have alternative programme to contest for power. With this kind of outlook the strike ultimately would not have been able to achieve all that was possible despite the huge support it enjoyed amongst the working masses and the utter isolation of the government.

In order to sweeten the poison of agreeing to a higher fuel price the Labour leaders highlighted the promises of Jonathan to promote accountability in oil industry, ensure that passage of petroleum industry bill and the probe of NNPC as the successes of the struggle. This however only underscores the deep-seated illusion of the Labour leaders of influencing this capitalist government to act in the interests of working people. This is not accidental, but is borne out of the Labour leaders’ lack of an alternative economic and political framework to the current neo-liberal, capitalist agenda. This also explains why the Labour leaders agree to work with Belgore Committee which was set up to work out modalities of the implementation of deregulation. Their participation in such committee is clearly suggestive of labour support for the policy of deregulation which is at the root of the price increase in the first instance. This is much like the Labour leaders’ continuous participation in the National Council on Privatization (NCP).

The Democratic Socialist Movement (DSM) condemns the heavy militarization of the streets by the Goodluck Jonathan government to repress the people who have been protesting against the increase in petrol price. We call for the immediate withdrawal of soldiers who have already started, according to reports and pictures in social media, to subject ordinary Nigerians to harassment and physical assaults at various checkpoints particularly in Lagos. The strike and mass actions which drew millions of people on the streets since January 9 has so far being largely peaceful.

The only occasions of violence were the killings of over 20 people across the country, including youths taking advantage of the empty roads/streets to play football, by the armed police. This action of Jonathan government is reminiscent of military era where culture of fear and intimidation was imposed on the country and it portends serious dangers to the current civil rule as it promotes military as the only institution that could restore “law and order”. It has become commonplace for the current government to rely on soldiers to intimidate those with divergent view in attempt to whip them to submission to its anti-people policies

Beyond all doubts, this movement has proved again the huge power of the working masses and that labour has the potential to lead the mass of the country in carrying through a real, genuine “regime change” and revolutionary transformation. Unfortunately instead of advancing the cause of revolution and working towards a real political alternative, the Labour leadership did everything possible to assure the ruling elite they are not fighting for regime change not to talk of a revolution.

While tens of millions of Nigerians were determined to fight for the reversion of petrol price to N65, more and more protesters were demanding that Jonathan must go. This expressed the growing appreciation of the need for a political alternative to the present gangs ruling at all levels of the government as well as the alternative economic program to the anti-poor, neo-liberal capitalist agenda. Sadly the Labour leaders stuck to the utopian idea that reversing the fuel price alone is the only prize, and then they failed to deliver on that! The lesson of this, and the other general strikes since 2000, is that striking on its own is not enough, Labour needs to have a revolutionary programme to sweep away this rotten system. This is why the DSM has always called on workers, artisans, traders, youths, farmers, etc. to agitate for a working people political party to wrest political power in order to commit the resources of society for the benefit of the vast majority of the population as against the current order where only 1% appropriate more than 80 per cent of the collectively owned wealth of the society.

Working class activists and socialists have to continue to agitate for the formation of such mass workers party run on a socialist program as alternative to a neo-liberal capitalist agenda of privatization and deregulation. The trade unions, given their large working class membership and their strategic importance within the modern economy and society are in a key position to launch the building of this kind of alternative party. 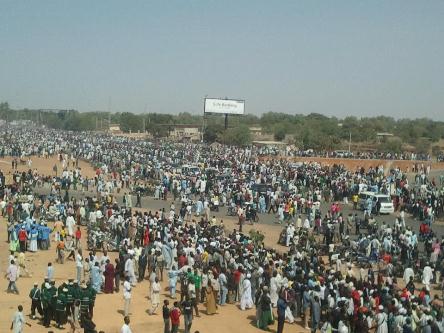 The pro-working class platform Joint Action Front (JAF) played a commendable role before and during the strike. In the course of the strike, action committees were formed in many communities by the JAF and other left forces particularly in Lagos. While there should be efforts to sustain the committees to continue to fight against anti-people neo-liberal policies of the government especially in the communities and neighbourhoods, these action committees can also provide the basis upon which a mass, genuine working people’s party can be built. This will require the JAF to immediately in the period after the suspension of strike begin activities and programs to pose this challenge boldly among trade unionists, Socialists, activists and the working masses.

Ultimately only a victorious working masses’ revolution that takes political power from the hands of the capitalist ruling elite and forms a workers and poor peoples’ government committed to using society’s resources primarily for the benefit of the working and toiling masses can salvage Nigeria and Nigerians from the vicious cycle of fuel price increases and poverty amidst plenty. To succeed, such a government will have to implement socialist policies of public ownership of the oil sector and other commanding heights of the economy under the democratic control and management of the working masses.

The strike has also shown it is only Nigerian working people that can take concrete economic and political initiatives that can reconstruct Nigeria’s polity and ultimately ensure its survival as a country. The Financial Times, the London based paper of international capitalism, correctly commented that “the protests have emboldened ordinary Nigerians and raised new awareness of wasteful expenditure. In addition, many feel let down by the unions for agreeing to call off the strike without the subsidy being fully restored.” Many will be drawing lessons from the mightly events of the past few days.

The DSM remains committed to these ideals and urges all those who are convinced of the need to intensify the struggle against all anti-poor policies of President Jonathan’s capitalist government and for system change to join us so that collectively we can build a movement that can fight and win a socialist future.