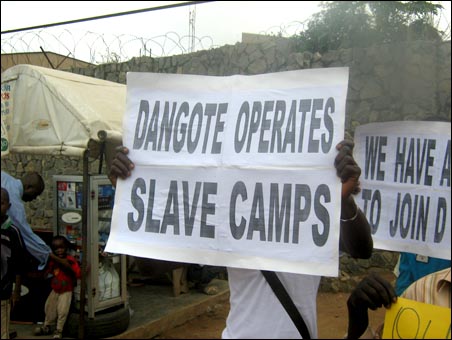 The Campaign for Democratic and Workers’ Rights (CDWR) welcomes the intervention of the Nigeria Labour Congress in the struggle of Airtel workers who have been sacked by the mobile telecom company over their quest for unionization and struggle against casualisation/contract staffing. We urge the leadership of NLC and the National Union of Postal and Telecommunication Employees (NUPTE) as well as the affected workers to remain steadfast until victory is attained.

The CDWR condemns Airtel’s anti-labour practices, which include casualisation, contract staffing, poor working conditions and refusing workers the right to join union of their choice.

We however call on the NLC to make good the threat contained in the text of the press conference held on October 4 that the action taken against Airtel “also serves as notice to all other local and foreign companies that are enslaving Nigerians and that the days of exploitation are at an end.”

The fact is that the exploitation of workers and brutal attacks on the rights are not peculiar to Airtel and other foreign-owned companies, especially the Asian. It is appalling that companies under the Dangote Group, owned by Africa’s richest man, Aliko Dangote, are virtual slave camps where working conditions and remuneration are abysmally poor and workers are not allowed to join union of their choice. Labour laws are brazenly violated, the national minimum wage is not implemented and casualisation is the norm. 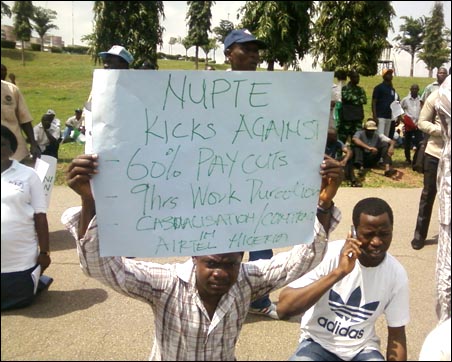 For instance, in August 2010 about 250 workers at Dangote Pasta Ikorodu were sacked for joining a trade union (NUFBTE). It is obvious that the management does not want a trade union that could agitate for better working conditions in a company where average salary is paltry N15, 000.

The CDWR calls on NLC to mobilize its huge forces and embark on effective picketing of all the Dangote Pasta and all the companies under the Dangote Group until the affected workers are recalled and the Group begins to respect all the labour laws and provide decent working conditions and better pay for its workers. We also call on the Joint Action Forum (JAF) – the pro-labour civil society coalition – to support the call for such action against Dangote and solidarise with the Airtel workers whose struggle is ongoing.