The Mindless Police Killings in Ajegunle 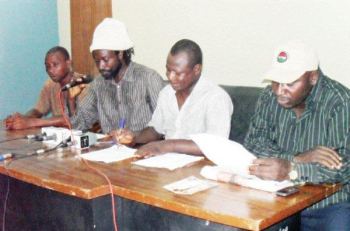 The Democratic Socialist Movement (DSM) condemns the extra-judicial killings of youths in the Ajegunle community in Lagos and calls for solidarity with the residents of this poor and working class community who have been subjected to police terror for over two decades. The most recent of this barbaric act of the police were the killings of Charles Okorafor on April 1 and, later, of at least 4 others including Tunde Olotu, who had joined the April 3 march to protest the gruesome murder of Charles.

Charles was killed by the police at a viewing centre in the community while watching the Benfica-Liverpool UEFA Europa match. The police stormed the place, rounded up everybody and forcefully seized all valuables on them including mobile phones and cash. Charles reportedly challenged this savage and inhuman action of the policemen who in response hit him several times in head with a gun butt until he felt into a stupor. He was to die moments later after he had been dumped at the viewing centre by the police since there was no use for them carrying a dying man to their Station. Other youths present were handcuffed and bundled into a commercial bus, which was apparently commandeered from the owner, to Ajeromi Police Station. The arrested youths were released after they were made to part with some money.

There was a mass meeting in the community on April 2 addressed by Dagga Tolar, a member of DSM National Executive Council (NEC), where the resolution was reached for a peaceful protest march the following day to demand justice for the killing and an end to police brutality in the community. As agreed, April 3 saw hundreds of youths and socialist activists in the community stage a peaceful procession round the community and to the Police Station with placards, leaflets and a position paper containing a list of demands to be submitted to the police authorities and the Chairman of the Local Government. 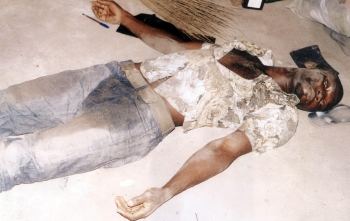 Many protesters had expected the police authorities to openly apologise for this dastardly act and give assurances that the killers’ police officers would be brought to justice and that April 1’s gory incident would not repeat itself. But on getting to the Police Station they met about a hundred armed policemen and armour personnel carriers led by the police chief in Ajegunle and environs, ACP Kenneth Ebirimson, who ordered his men to shoot at the protesters for failing to heed his directive to disperse. In the process, at least 4 youths, including Tunde Olotu, were shot dead.

The police authorities, who have shamelessly labelled protesters as hoodlums, have since April 3 protest started to indiscriminately arrest youths in the neighbourhood and detain them at the Ajeromi Police Station. They have also been going from house to house looking for community activists. Indeed, there is also report in one of the national newspapers which suggests that Dagga Tolar who led the protest might have been declared wanted by the police. This newspaper on its account of the April 3 protest writes in part, “The protesters THISDAY gathered, were said to have been led by one Dagar Tola, who has gone underground” (THISDAY, April 4, 2010). Despite this threat against him, Dagga Tolar spoke at a widely reported April 5 press conference to denounce these police killings. This press conference was organised by the Lagos State Chapter of the Labour Civil Society Coalition (LASCO), the alliance between the trade unions, political and civil rights organisations, whose Lagos secretary is Dagga Tolar. 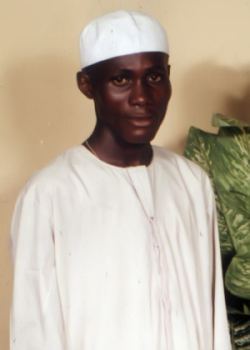 At present, about 30 youths have been arrested and there is a plan by the police to impose on them criminal charges. Already, the PRO of Lagos State Police Command, Frank Mba, has been reported in newspapers claiming that the arrested youths who participated in April 3 protest were found with pistols, live ammunition, cutlasses etc.

The police in Ajegunle are notorious for raiding junctions, streets, compounds, shops, businesses and markets for indiscriminate arrest and illegal detention of youths in order to forcefully extort money from them. At least 500 youths are daily arrested and detained across the five police stations in the community. Any of the captives, whose parents or friends are able to pay some outrageous amount of money, in most cases as high as N5,000, would be released, while those that could not bail themselves usually find their way to prison on framed up criminal charges.

Over the years the residents of the community have severally petitioned the police authorities in the community and at Lagos State command for an immediate end to illegal police raids and extortions to no avail. DSM comrades have been on the platform of Ajeromi People’s Movement (APM), formerly Ajeromi Ifelodun Community Movement (AICOM), organized campaigning against police brutality (See Socialist Democracy August/September 2005 edition). While calling on the police to stop this senseless brutality, the DSM has also demanded better pay and improved working conditions for the rank and file policemen and women. We call for the rank and file policemen and women to get unionised so as to have a platform upon which to channel their grievances and struggle for better pay and living conditions instead of the their current practice of feeding off the already oppressed working class people in society.

However, beyond Ajegunle the police brutality and corruption is a national plague. The brazen extortion by the police, and also army, at arbitrary check points is a fact of daily life throughout the country. Extra judicial killings are commonplace among the police across the country. The Amnesty International report in 2009 on extra-judicial killings in Nigeria, entitled “kill at will”, is scary and aptly describes the barbaric culture of Nigeria Police. The report, which covers three years (2007 – 2009), says “the Police don’t only kill people by shooting them; they also torture them to death, often where they are in detention … some die because they fail to pay police officers a bribe â€¦ others disappear in custody.” The report added that majority of the cases of extra judicial killings go uninvestigated and the police officers responsible go unpunished.

We call on socialists, activists and trade unions in Nigeria and internationally to condemn this barbarism and demand an end to it. We appeal for protest letters to be sent to the Nigeria Police authorities and Nigeria embassies across the world. Where possible it will be appreciated if there could be protests at Nigerian embassies. The following officers of Lagos state police command can be called on phone to register the protest: Mervel Akpoyibo, Lagos State Commissioner of Police – +234 803 301 1052 and Frank Mba, Lagos State Police Public Relations Officer – +234 803 837 5844.

We also appeal for donations towards the prosecution of the campaign against police brutality and for the police officers responsible for the killings to be brought to justice. The campaign is also around the demands stated below. We work directly in the community on two platforms: Ajegunle branch of DSM and Ajegunle People’s Movement (APM).

The DSM, in collaboration with the Labour and Civil Society Coalition, has demanded the following.

ïƒ˜ For a immediate public probe inquiry made up of representatives of the Trade Unions, the NBA, human and civil right organizations, community organizations, and NGOs to be set up in order to unravel the circumstances that led to the death of Charles Okorafor, Tunde Olotu and others.

ïƒ˜ For a coroner’s inquest into the killing of these young men.

ïƒ˜ For immediate arrest and prosecution of all the police officers that were involved in the raid that led to the death of Mr. Charles Okorafor and those that killed Tunde Olotu and others.

ïƒ˜ Immediate and unconditional release of all residents arrested in connection with the protest.

ïƒ˜ Relocation of police officers who have served more than 4 or 5 years out of Ajegunle, as well as all DPOs that have in any way aided their officers to engage in this illegal raid.

ïƒ˜ Immediate removal and prosecution of ACP Kenneth Ebirimson, the Police Area Commander of Apapa who ordered shooting at the protesters on April 3, 2010

ïƒ˜ An immediate end to all forms of exploitative activities and police brutality in Ajegunle and other communities across the country where such indiscriminate raids, extortion of money, and false imprisonment persist daily.

ïƒ˜ For a living wage not less than N52, 200, as put forward by the Trade Unions for all workers as well as all rank and file police officers and members of the armed force in order to discourage extortionist activities by the police.

ïƒ˜ For a democratic police union so that rank and file police officers can use this as a platform to struggle for better welfare and living condition.

ïƒ˜ For democratic controlled community policing wherein officers in charge will be elected by the rank and file police officers and the community representatives, who would be elected and subjected to recall anytime and will earn the average wage of a skilled worker.

ïƒ˜ For the establishment of Local and State public funded Legal Service Unit to provide free legal services for all in need of it so that the underprivileged will have access to justice.

ïƒ˜ As an immediate measure needed to checkmate and forestall this kind of disastrous and unsavoury happenings, the DSM advocates the formation of democratically run community defence committees that are composed of trade unions elements, socialists, community activists and youth activists.

Please arrange sending any donations by either using the “Donate” tab on the DSM’s home page or by contacting the DSM on either dsmcentre@yahoo.com or + 234 805 304 5953.