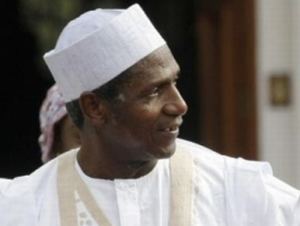 Labour Must Fight for a Working Class Political Alternative

For well over two months now, President Yar’Adua has been out of the country for medical treatment in Saudi Arabia without having the decency and humility to permit the Vice-President to take over as Acting President. This is even though the entire PDP leaders including Goodluck Jonathan, the Vice-President, subscribe to the same pro-rich anti-poor agenda. Ailing President Yar’Adua and his closest supporters in government have refused to allow Jonathan to become Acting President because of their fear of losing out of power equations in the event that a person from the south-south becomes president. Thus for this narrow and very selfish calculations, the capitalist ruling elite are recklessly pushing the country to the brink of another ethno-religious conflicts and civil war.

The present controversy or artificially created impasse over whether the vice president should be made de facto acting president or not, in the absence of the president is, at heart, a serious crisis of a ruling elite that preaches democracy, but always practices autocracy.

Even, when it is self-evident that for the health reason President Yar’Adua could not temporarily or otherwise perform his duties as president, the self-serving elements at the corridors of power have continued to make hair splitting argument that the 1999 Constitution of Nigeria expects the president to formally write to notify the National Assembly before his vice can be made acting President. On the basis of this spurious legal argument, those mostly making certain material gains and or privileges from the fact of Yar’Adua remaining as president have in fact being arguing that until Yar’Adua writes to the National Assembly of his temporary or otherwise incapacity to perform his duties as president he may as well be away for as long as he likes without allowing his deputy to officially assume the position of acting president. This line of insane reasoning is said to be in consonance with the provisions of the 1999 Constitution.

In fact, the Section 144 of Constitution empowers the beneficiaries of president, his ministers, to determine whether he is fit to continue to govern or not. It is ridiculous to expect a set of self-serving people who owe their continued access to privileges and perks of public offices, and of course public loots, to Yar’Adua to initiate his removal as President. It is like asking a man to cut off the only hand he uses to feed.

However, notwithstanding the numerous ambiguities and undemocratic provisions which dominate the 1999 Constitution, nobody would have expected a reasonable person to stubbornly hold on to power despite being terribly sick and bed ridden. Ordinarily, there should not have been any fuss over a president handing over power to his deputy if he is temporarily incapacitated. It is a standard practice in any organisation including the very lowly like a committee of friends. That is why that there is always provision for a deputy to head of an organisation. But our ruling elite are a madhouse of elements whose best attributes are vanity, self-service and backwardness.

Therefore, notwithstanding the correctness of the demand that Jonathan be made acting president as expected by the Constitution, we in the Democratic Socialist Movement (DSM) strongly urge the working masses not to join the bourgeois elite in their false messianic mission to enthrone him as the acting or de facto president. To do so will be tantamount to calling on Lucifer to hand over to Satan, same of the same. Within the frame work of the neo-liberal capitalist agenda supported and being pursued by all the major capitalist ruling parties (PDP, ANPP, AC, APGA, PPA), a Jonathan or any other person either from the north or south being made president would only go ahead to implement policies that will deepen the agonies of the ordinary masses.

In line regards, ASUU President Ukachukwu Awuzie has correctly stated that “the swearing in of Jonathan as Acting President will not solve the misery and suffering being faced by Nigerians because he is a product of a rotten system. We should be therefore careful not to give false expectations to Nigerians, that when Goodluck Jonathan is in power, the people will be better for it. In fact, it is the same party, same programme and therefore will not bring about any desired change in the country’.” (ThisDay, February 2, 2010).

Nonetheless, this has not stopped all sorts of bourgeois radicals from exploiting the issue of Jonathan being prevented from becoming Acting President to present themselves as champions of ethnic equality and rule of law. There is in fact an ongoing campaign being led by major bourgeois opposition figures within the AC, ANPP and sections of the civil society, asking that Goodluck Jonathan be made Acting President. According to these bourgeois elements, their campaign is aimed at preventing a constitutional and political crisis that may eventually degenerate into a situation where the military will come back to power again.

Of course, no sane person will like to encourage and support any conduct that might once again bring back a dictatorial military rule. However, the strategy of endorsing and or legitimizing a Goodluck Jonathan Acting Presidency or even de-facto presidency is the surest way to socio-economic catastrophe that may sooner than expected bring back on agenda once again, an undesirable era of military dictatorship.

Presently, everything is grounded. Apart from crude oil exploitations, there are very little productive activities going on in the economy. The so-called private sector has been virtually reduced to the level of pure parasites where companies that are supposed to be producing goods and services have virtually become lottery firms using tricks to entice people to become instant millionaires as they try to attract the few customers that live above poverty line.

At the same time, the country’s polity is firmly trapped under the rule of corrupt bourgeois elites that have no scruple and regards for democratic ethos. Despite the stupendous incomes which the country has earned under their tenure, the current set of rulers has only succeeded in reducing the overwhelming majority of Nigerians to a state of abject poverty. Yet, if an election is held tomorrow, it is this same set of hated looters that will emerge as winners across the country. Faced with this kind of dead-end situation, the military, which today is still being haunted by the ghost of its past crimes and as such unable to make a direct bid for power might become emboldened to once again stage a come-back to power.

Of course, the prospect of another military coup under the current volatile socio-economic crisis may, in fact, lead to a process that will detonate greater socio-economic calamities for the long suffering people of Nigeria. It may even turn out to be a phenomenon that will hasten the total disintegration of Nigeria as a corporate entity.

Unfortunately, some unnamed trade unions are reportedly planning a “symbolic” one day strike in favour of Goodluck (Nation, February 2, 2010). This must not be preoccupation of any trade union that is worth its salt. Rather, this crisis of trust has only further underscored the need for a working class political alternative to chase out entire thieving ruling elite irrespective of parties, ethnics and religions. Based on the irrefutable experience of the failure and corruption of the different sections of the bourgeois elite and the ruling parties, Labour, as part of its struggle for a genuine democratic elections, must immediately begin to prioritize the creation of a genuine political party of the working people that seeks to build a mass movement with the goal of forming a workers’ and poor peasants’ government to bring to an end the rule of capitalist self-seekers and looters.

ASUU President Awuzie has called for the formation of “a people’s political organization to contend for power, reorganize the country and build a popular democracy”. This is a step in the right direction but needs to be made more concrete and then seriously campaigned upon, not left just as words in a press conference.

The Labour Party, which the Nigeria Labour Congress helped form, has enormous potential to become a fighting organ and political platform of workers and poor masses. Sadly, however the party has been taken over by anti-poor politicians and crass opportunists. It is the most favoured dumping ground for capitalist politicians that lost out of power games within their own parties. This is made possible by refusal of trade union leaders to consciously popularise the party and mobilise workers, youths and poor masses to join it.

It is still possible for the Labour leaders to spearhead the struggle to reclaim the Party in order for it to serve the interest of the poor working masses. To become a fighting working class political organ, the party has to identify with daily struggle of workers, youths and poor masses for immediate demands and link with struggle for taking political power. However, it will not be enough to win political power, in order to be able to on the lasting basis meet the basic needs, yearnings and aspirations of ordinary people the Party has to embrace a democratic socialist programme. This will entail nationalisation of the commanding heights of the economy like oil, banking, etc and putting under democratic control of the working people themselves. This will ensure adequate mobilisation of resources that will be committed to provision of social needs like education, health care, public electricity, integrated transport system, etc; and meaningful economic development.

The DSM holds that if the Labour Party cannot be transformed into a conscious, revolutionary platform specifically created to bring forth and develop working class leaders and candidates and embrace a pro-working class programme highlighted above, then the broader labour movement will have to take the initiative, perhaps under the LASCO banner, to form a working peoples’ party that can bring together the forces that can challenge capitalism.