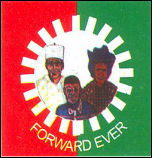 More than six years ago the Labour Party was set up by the Nigeria Labour Congress and later registered as a Political Party. It was originally registered as Party for Social Democracy but later changed to Labour Party. Since then a lot has happened â€“ two general elections and several general strikes by Nigerian workers and ordinary people against several draconian programmes of government. The Nigerian masses and youth have never had it this bad in a country with so many resources both human and natural.

It is just too clear that the only way the workers and the Nigerian masses can have a better life is for them to take power and implement people oriented, socialist programmes. In short, the problems facing Nigerian masses can only be solved politically.

Unfortunately, the political vehicle, the Labour Party, which the people can use to democratically take power, has been inert to say the least for the past years particularly in terms of providing vibrant opposition and clear alternatives to the bad governance at all tiers of government.

In Lagos, for instance, it is easier for the camel to pass through the eye of a needle than for the masses or anyone to join the party. In addition, internal life in the party is almost non-existent. There are no meetings or activities at ward, local government and state levels; no functional executives, no congresses or conventions, etc. How can life exist in the party when the masses are shut out of the party?

In Lagos, just as in some other parts of the country, the party fielded a gubernatorial candidate in 2007 elections who really had nothing to do with the Labour movement. It would have spelt disaster had he become the State Governor as he is no doubt anti-worker. The candidate came to Labour simply because he lost out in his bourgeois party and was desperate to contest.

He got the Labour Party’s ticket without being a member and within the shortest possible time! This was possible because of the state of the party. Had the party been opened to the workers and masses, had there been functional state, local and ward executives, had the party had its own political agenda, this would not have happened.

The Campaign for Mass Based Labour Party (CMB-LP) is an ad hoc campaign body set up by labour activists, progressive trade union officials, socialists and rank and file workers, with the sole task of campaigning for mass recruitment into the Labour Party and injecting life into the party.

This is with the sole aim of preparing the party to take power from the corrupt, degenerate ruling class. To take power Nigerian workers and other poor strata of the society must be organized, and there is no other place better to do this than their party â€“ Labour Party.

Building the Labour Party is a task that must be done!

Our clarion call goes to Nigerian workers, students, youths, market women and men, artisans, the unemployed, peasants and professionals to join and build the Labour Party, set up branches at workplaces, communities, schools, wards and local government areas and insist on democratic running of all affairs of the party.

CMB-LP calls on the leadership of Labour Party, NLC and TUC to be part of this campaign to build a vibrant Labour Party that could end the rots in the country. This entails that the party must have functional structures and committed, elected leadership at all levels. The party should rely primarily on the contributions from members for its finances and be made non-attractable and inaccessible to the thieving money bags. In other words every member should be financially committed to the party.

Also importantly, in and out of office, the party has to position itself as a fighting organ of workers and the poor by openly identifying with their daily struggles for improved living and working conditions, and against anti-poor neo-liberal attacks on education, health care, jobs, fuel etc. We must rise stoutly in defence of the democratic rights, and campaign consistently and spiritedly, together with mass mobilization of workers, professionals, artisans, traders, youths and poor masses, for commitment of public resources towards provision of quality education, functional health care, power supply, portable water, affordable housing, effective transport system and infrastructure development.

Join us in the Campaign for opening up of Labour Party for workers, youths and poor masses. People should have access to collect Labour Party Forms and register as Members