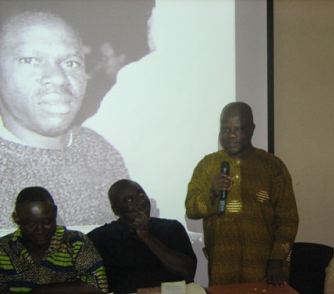 Comrades of the Democratic Socialist Movement (CWI Nigeria), labour and civil society activists and friends again remembered a darling comrade who died of hepatitis on June 6, 2004, a few days after his wife passed on. The activists and members of the DSM gathered at the office of CLEEN Foundation, 21 Akisanya Street, Ojodu Lagos for a symposium to pay homage to the memory of comrade Rotimi Ewebiyi. The theme of the symposium was: “Fighting for a working class solution to Nigeria’s economic and political crisis”. The event was also to re-launch the Rotimi Ewebiyi Endowment Fund (REEF) an endowment fund launched annually since 2004, except in 2008, for the upkeep of Rotimi’s 3 children and aged mother. Rotimi Ewebiyi’s tragic death from a curable ailment is one confirmation of the sorry state of the Nigerian health system. In Nigeria, there are no facilities to diagnose hepatitis B at early stage until it becomes terminal. 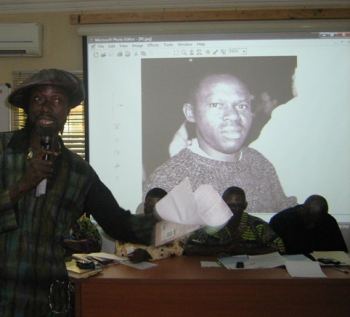 Comrades Victor Osakwe, Pelad, Soweto, Chinedu contributed to the debate. Pelad and Chinedu used the opportunity to inform the gathering of what the DSM and some left groups had started doing to intervene in the Labour Party in Lagos State. A series of meetings have been held, a steering committee formed to commence activities to build the party as a mass based and for mass recruitment and to call on party leaders to make the party functional. A launch of the Labour Party had been organized in two communities in Lagos, Agege and Ajegunle, at the instance of DSM comrades who have also started work in the Party in Osun and Edo States.